Still growing up and finishing molting...

I don't have much new to report this week.  The babies are growing up so fast.  They are just over 5 weeks old now and are mostly feathered out.  They are getting so BIG.  They are also quite frisky and love to come busting out of the brooder anytime I open the door.
I LOVE their steely green eyes at this age.  Once they mature, their eyes will turn golden orange.  I did take them outside again today in the dog crate and let the big hens out who still show no interest in getting to meet the new girls.  And maybe that's just as well.
The sand box is still their most favorite thing in the whole wide world.  They roll around and bath in the sand, they poop in the sand and they sleep in the sand.  I thought my babies before were roosting by 5 weeks of age and while they will hop up on the 2x4 in their run, they won't sleep on it. 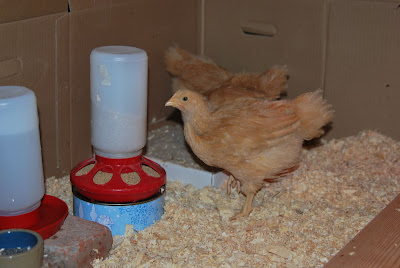 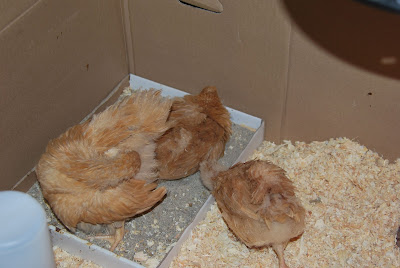 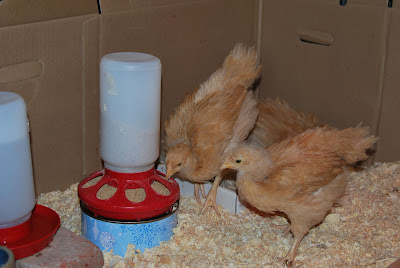 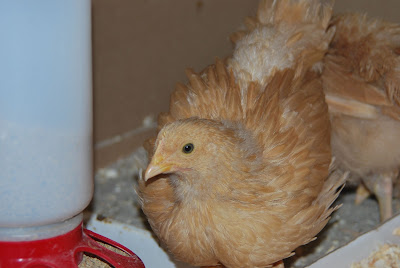 Ginger has finished her molt and is getting back to her happy go lucky old self.  Her wattles and ear lobs have turned red once again and her comb is getting there.  I figure we've got another week or so and hopefully, she'll begin to lay eggs again for us.  She's also put on quite a bit of weight.  I didn't get a chance to weigh her today.  But I'm guessing she's well over 4 lbs and probably close to 4.5. 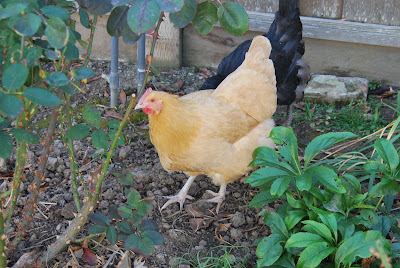 Coco is still molting and at lightening speed.  I couldn't get her to hold still for a nano second in the garden today so this is the best shot I have of her.  But if you look back, you'll see that her neck was totally naked a few weeks back.  Today, she's 4 weeks into her molt and her neck and backside are totally covered with feathers.  They still need to grow in a bit, but at least the poor thing is covered. 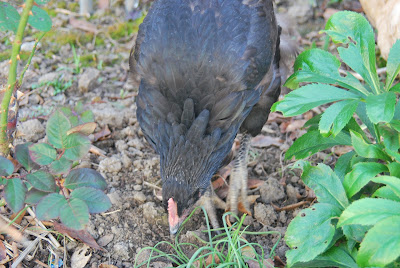 Hopefully, in a few weeks I can move the babies brooder out to the big girls run and get them out of the garage and start integrating the two flocks.  I still think I was crazy for raising babies in the dead of winter.  But come May/June, I should be getting more eggs than I know what to do with.  Around the time most others are just working on integrating their babies into their flocks.  Then this will have all been worth the efforts.
Posted by Flock Mistress at 1/08/2012