This may come as a surprise to some, but I don't like carving pumpkins.  Probably stems out of an accident I had as a child where I sliced open three fingers carving a pumpkin.  But I feel a sense of obligation to do at least one every year to show we are open for Trick or Treating on Halloween.

This year I have a thousand things going on in both my personal and professional life and as Halloween approached, the thought of carving a pumpkin was simply one more chore on my list.  And then I thought, I wonder if I can get the hens to carve it for me?

So I took the big pumpkin off the front porch and used a melon baller to start the eyes, nose and mouth and put the big gourd in the chicken run.  My past batches of hens have shown no interest in pumpkins what so ever.  But this last batch of babies (who are not six month old I should add) did show some interest in the pumpkins in the garden, so thought what have I got to lose. 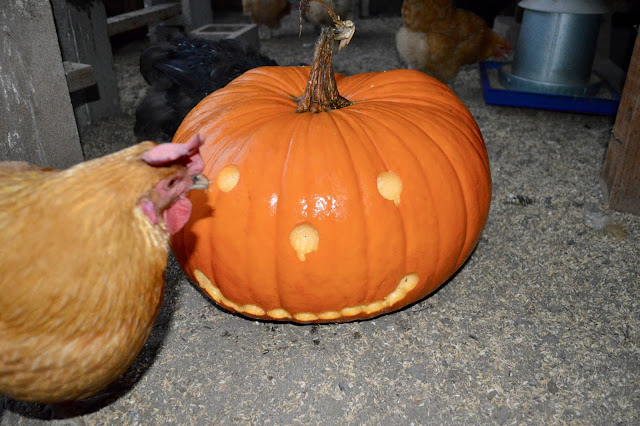 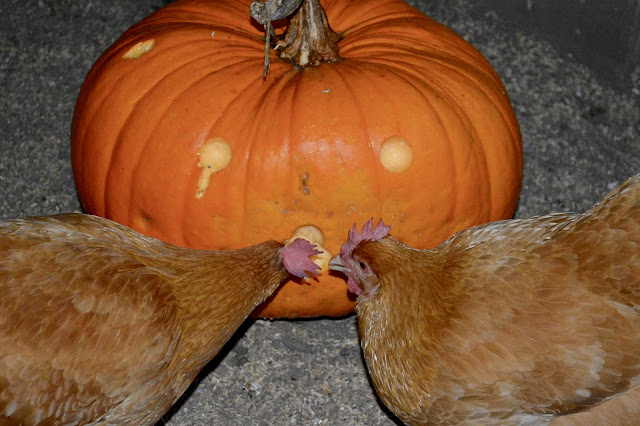 I also dressed up the chickens in their halloween costumes.  They went at Chickens of the Sea this year.  For my foreign followers, we have a brand of tuna here in the States called Chicken of the Sea.

I bought a lobster and a shark costume.  The lobster wasn't as big of a hit.  I think the big hood was hard for them to figure out.  But the shark was a scream.  Several hens tried it on and gave it a go.

But I couldn't get them to pose together in their costumes.  Oh well, they were still super cute. 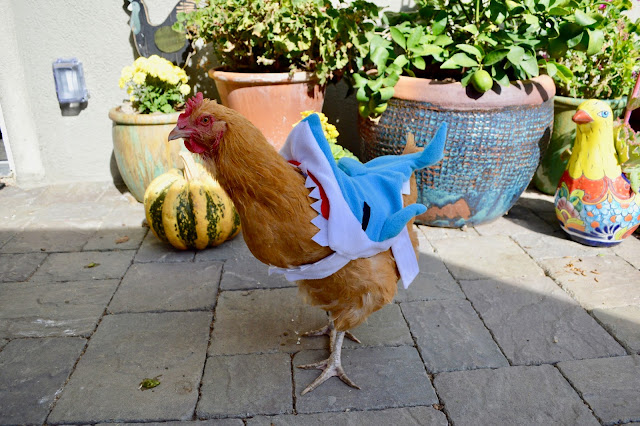 So we're ready for Halloween here at my house.  Pumpkin is carved.  Chickens are fat and happy and full of pumpkin seeds.  Oh, and my run and garden are covered in orange speckled poops.  Probably TMI but I thought it was funny.  Good reminder that chickens really are what they eat.  And what they eat in turns makes for some really yummy eggs. 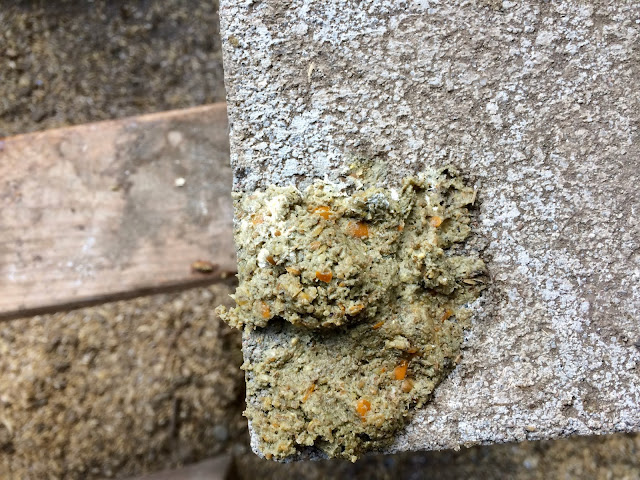