Lulu Lemon laid her first egg on Saturday.  Finding a hen's first egg just never gets old.  You buy them as day old chicks and watch them grow up.  And while they grow up so quickly.  It's that wait at the end as they mature, their comb and wattles turn red and you wait for a squat, just seems like it takes years!

My hens are generally fairly quiet.  But Saturday, there was squawking and all kinds of commotion.  I went out a few times to check up on them and Honey Bear was sitting quietly in her favorite nest.  Coco was in and out of the house and just making all kinds of ruckus.  And Lulu Lemon was nervously going into and out of the house which was new behavior.  So I had my suspicions.

I left to run a few errands and when I came home, I immediately went out to see what was in the nests and sure enough, there was a large brown Honey Bear egg, and a large spotted Coco egg and one teeny, tiny white egg from Lulu Lemon. 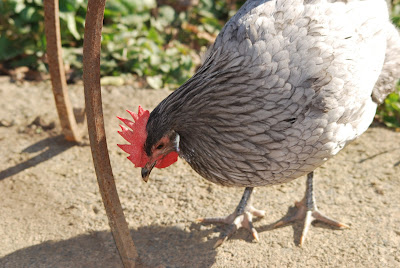 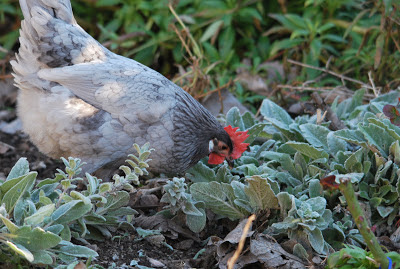 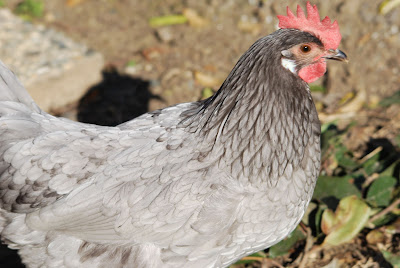 Lulu Lemon is a Blue Andalusian.  She's a BEAUTIFUL bird.  Doesn't want to be held but will come up and eat treats out of my hand.  Her comb is big and starting to wobble and it's only a matter of time before it flops over to one side. 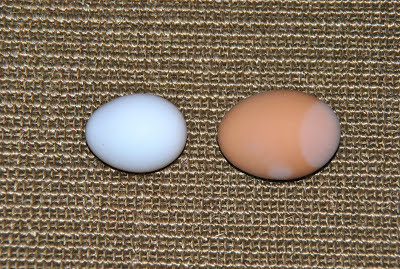 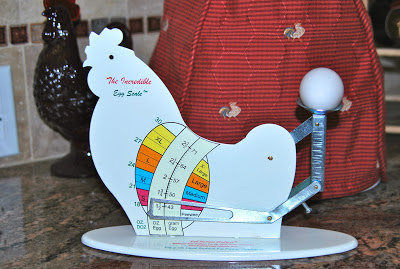 And it's funny but her egg doesn't look that small next to Honey Bear's brown egg.  But as you can see on the egg scale, it's in the Pee Wee category.  They will get bigger over time, thankfully.  Because at this size, it would take three eggs to equal a regular sized egg.