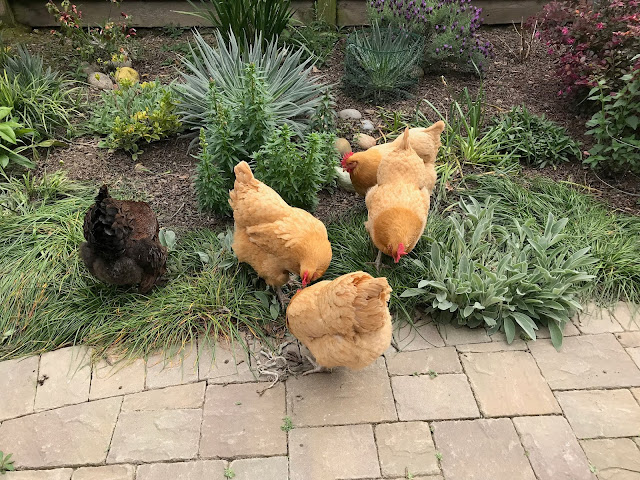 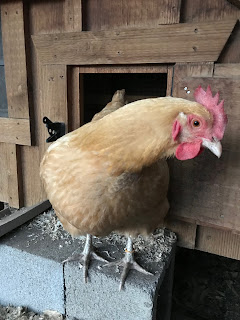 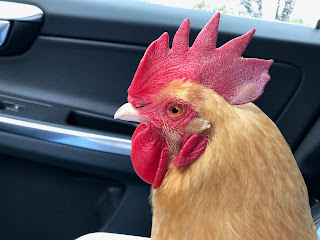 Many of us keep our hens confined to their run most of the day where they have access to their water fountains.  So staying hydrated isn't an issue.

But when you let your hens out to free range, it's important that they still have access to fresh, cool drinking water.  Especially, in the summer months when it's warm.

I fill up a ceramic bowl with cool water and put it in the shade on the patio for my girls.  If it's really warm, you can even put in ice to keep the water cool.  Put the bowl out where they can easily get to it.  And be sure to dump it out after you put your hens back so you don't attract critters who want to share your hens water. 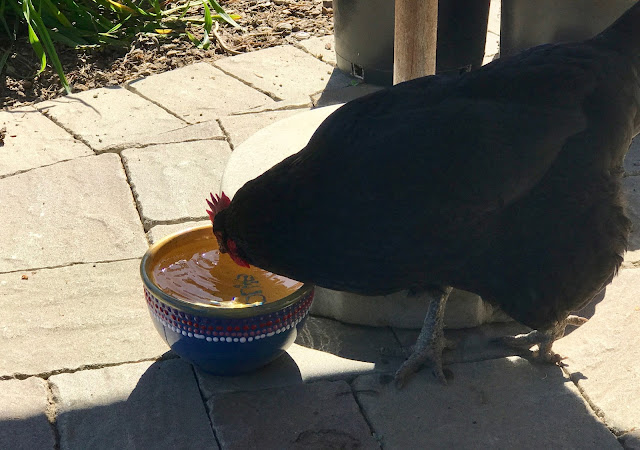 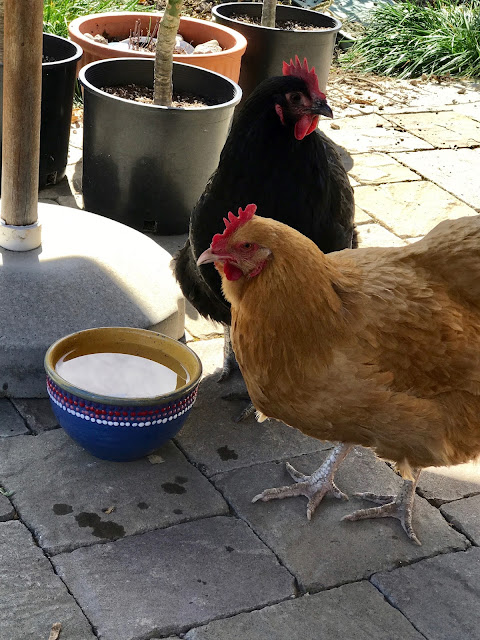 I've always struggled with how to collect my eggs.  When you have only a few hens, an egg collecting basket is just overkill.  Not to mention, the few eggs I collect roll around inside and sometimes crack bumping into one another.

And yet, I can't carry more than three eggs and still lock up the run properly.  So the dilemma of how to best collect eggs and safely get them into the house was always an issue for me.  Until I discovered the egg collecting apron.

I've seen many different styles out there.  I even saw one that someone had crocheted.  The one I'm wearing is made by Fluffy Layers and has 10 egg pockets which is more than enough for me and my 8 egg laying hens.  I bought it at TSC or you can order them online.

Let's you keep your hands free and still get the eggs back into the house safely.  It's brilliant.

I'm going to start a new section to my Blog called Good Ideas.  These will be short posts with things I've discovered that make my life easier.  Ideas that I wish to share with you in the hopes that they make your life easier too.

If your hens are like mine, they love to beak out their feed on the ground.  Which is messy, wasteful, and if your ground gets wet and your feed gets wet, can make your hens sick.  So it's important to keep the feed areas for your hens tidy.

I picked up these large, plastic saucers from my local hardware store and set the feeders inside of the saucer up on a block.  It doesn't prevent them from beaking out their feed, but it does keep it from landing on the ground.

Some of my hens will even eat it out of the saucer.  Or you can easily pour it back into the feeder. 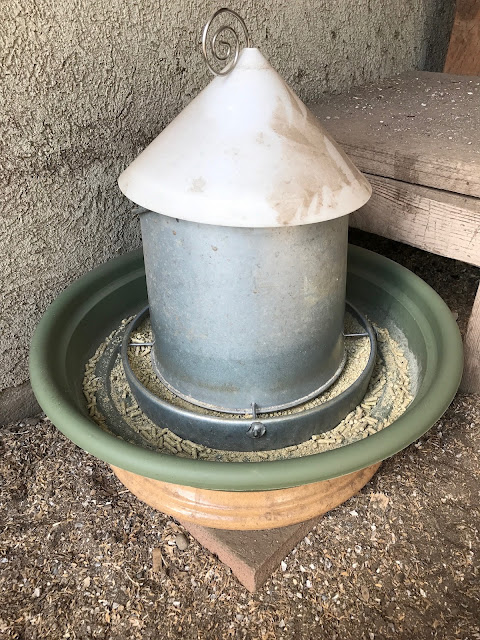 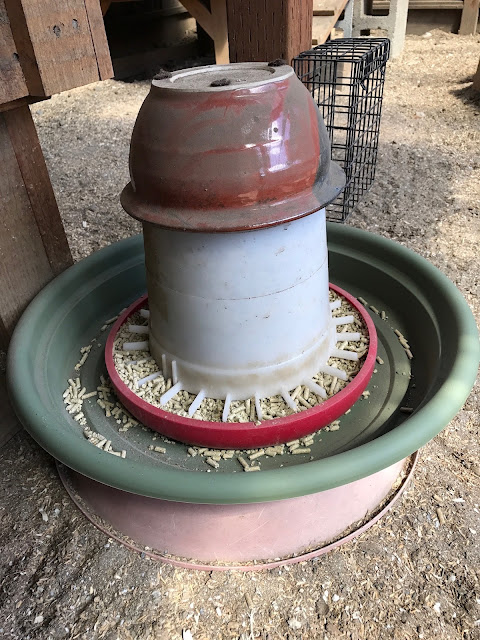 No, your eyes do not deceive you.  I have changed the name of my Blog.  The Spice Girls has served me well for the past 6 1/2 years.  And we had many Spice Girl hens over those years.  But with Coco's passing, we no longer have any Spice Girls left in the flock and I felt it was time to turn over a new name for the ladies.

The Screaming Divas is how I've referred to them lately.  And the name suits them well.

So just a quick note to let you know that you are still in the right place.  I'll spend some time this week and this weekend updating the look and feel of my Blog and I hope you enjoy the changes.
Posted by Flock Mistress at 4/19/2017 2 comments: