I just can't seem to get a break.  I lost two more hens this summer.  It's so devastating.

We lost sweet Penny, one of my baby peeps, about a month ago.  I went out at bright and early one morning, I knew the hens had only been up for about 10 minutes, and she was dead in the run.  The only thing I can think of is that one of the others jumped on her and snapped her neck.

The peeps were a tight pack of four and did EVERYTHING together.  If Coco got near or if anything spooked them, they all tried to jump on each other.  She was still warm and soft and I was simply devastated.

And then last week, we lost my sweet blue Poppy Loo.  I wasn't quite sure what was wrong but she was clearly not right.  Turns out, she was egg bound.

The saddest part about losing Poppy is watching Coco mourn.  Poppy and Coco made for quite the odd couple.  But they were tight.  They did everything together.  The funniest thing was watching the two side by side on the roost at night.  Coco tipping the scales at nearly 9lbs was just a beast next to Poppy who was just a raisin over 3lbs.

Coco has bellowed for Poppy all week.  She even started crowing like a rooster.  Coco seems to be getting better.  But she lost her best buddy.  And while she's got the three peeps out there with her, they are tight bunch and breaking one off to pair up with Coco is going to be a tough sell.

Up until we lost Poppy, the peeps were sleeping in their own coop and refused to roost.  I thought it was odd that they were 17 weeks old and still sleeping in a big pile.  But I figured if that was what made them comfortable, then what harm was it causing. 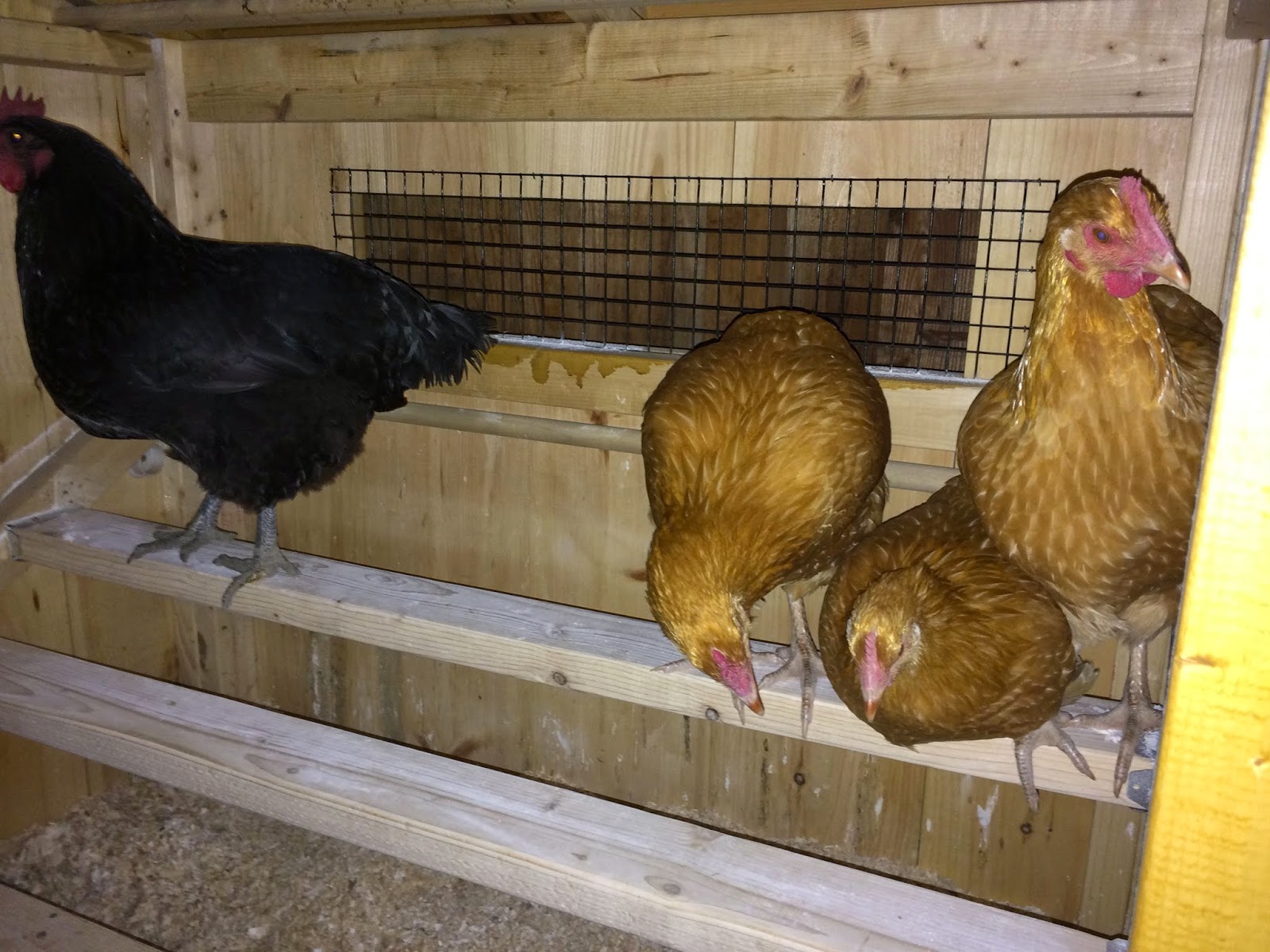 So after we lost Poppy, I started putting the peeps in the big coop with Coco.  They were quite frightened at first.  But it's been nearly a week now and things are beginning to settle down.  Coco hasn't crowed in two days.  And the peeps are letting her get closer to them and even hang out with them while they preen.  And Coco has been very good and not pecked or spooked them.

I think she understands that Poppy is not coming back and these three are all she has so she'd better make nice.

Hopefully, one of my sweet peeps will go broody this fall or next spring and will raise more babies for me.  I'd love to have a flock of eight.  And honestly, I'd just love for a few of my hens to live to be old ladies.
Posted by Flock Mistress at 8/16/2014 3 comments: