Update on The Molt

Yesterday marked the two week mark since Coco started to molt.  In three days, she dropped nearly every feather on her body.  It's just brutal to watch a nearly naked chicken stager around the yard.  She was miserable and it showed.  She stopped talking and foraging.  And when she refused to eat treats out of my hands, I knew she felt just awful.

I set up a heat lamp in her run when I caught her shivering.  I put it on a timer to come on first thing in the morning and go off around 10am.  By that time, the sun has been up on their run for a while and the temperature is usually up above 65.  I also have it come on again in the evenings to keep her warm until she goes to bed. 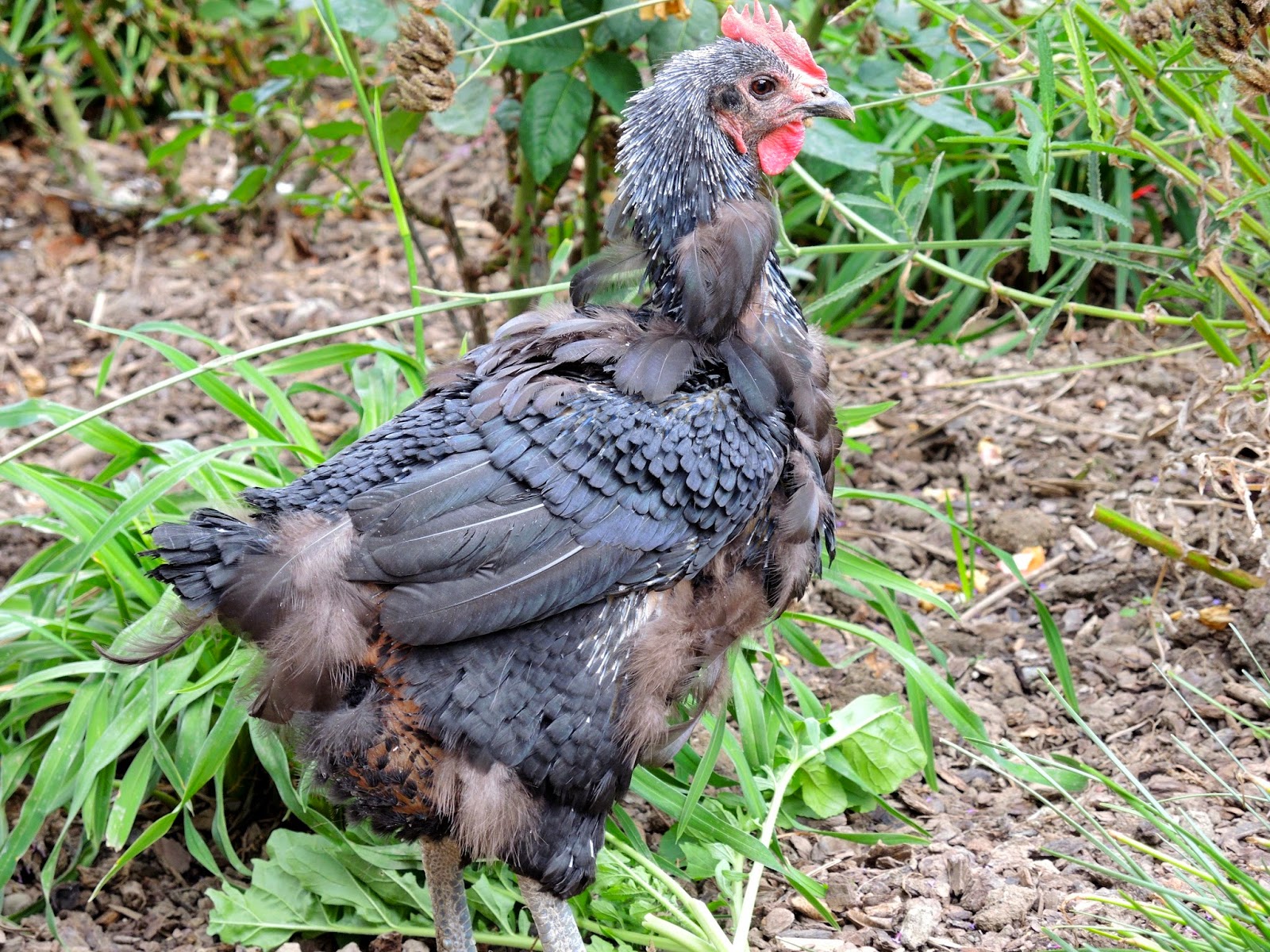 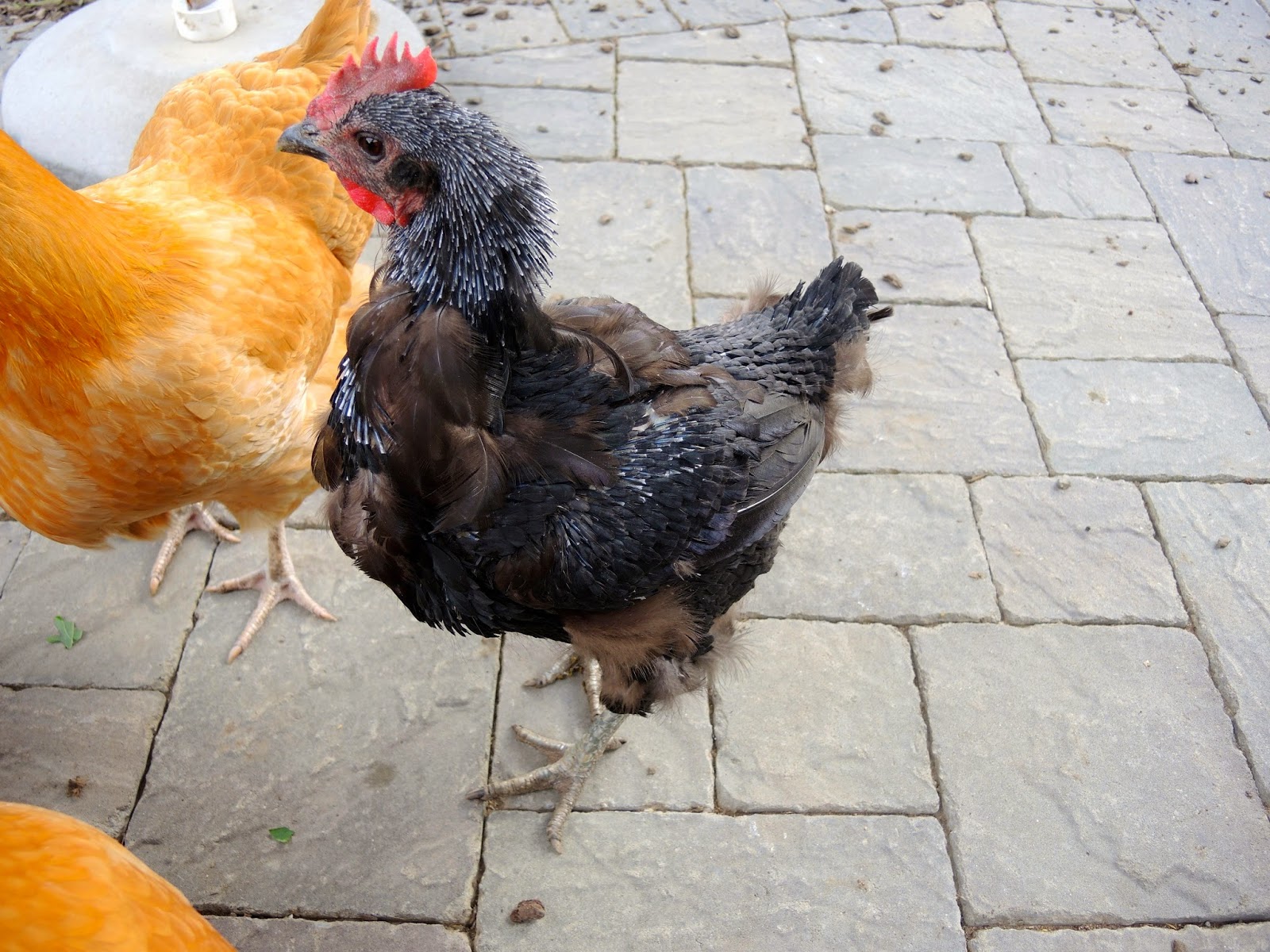 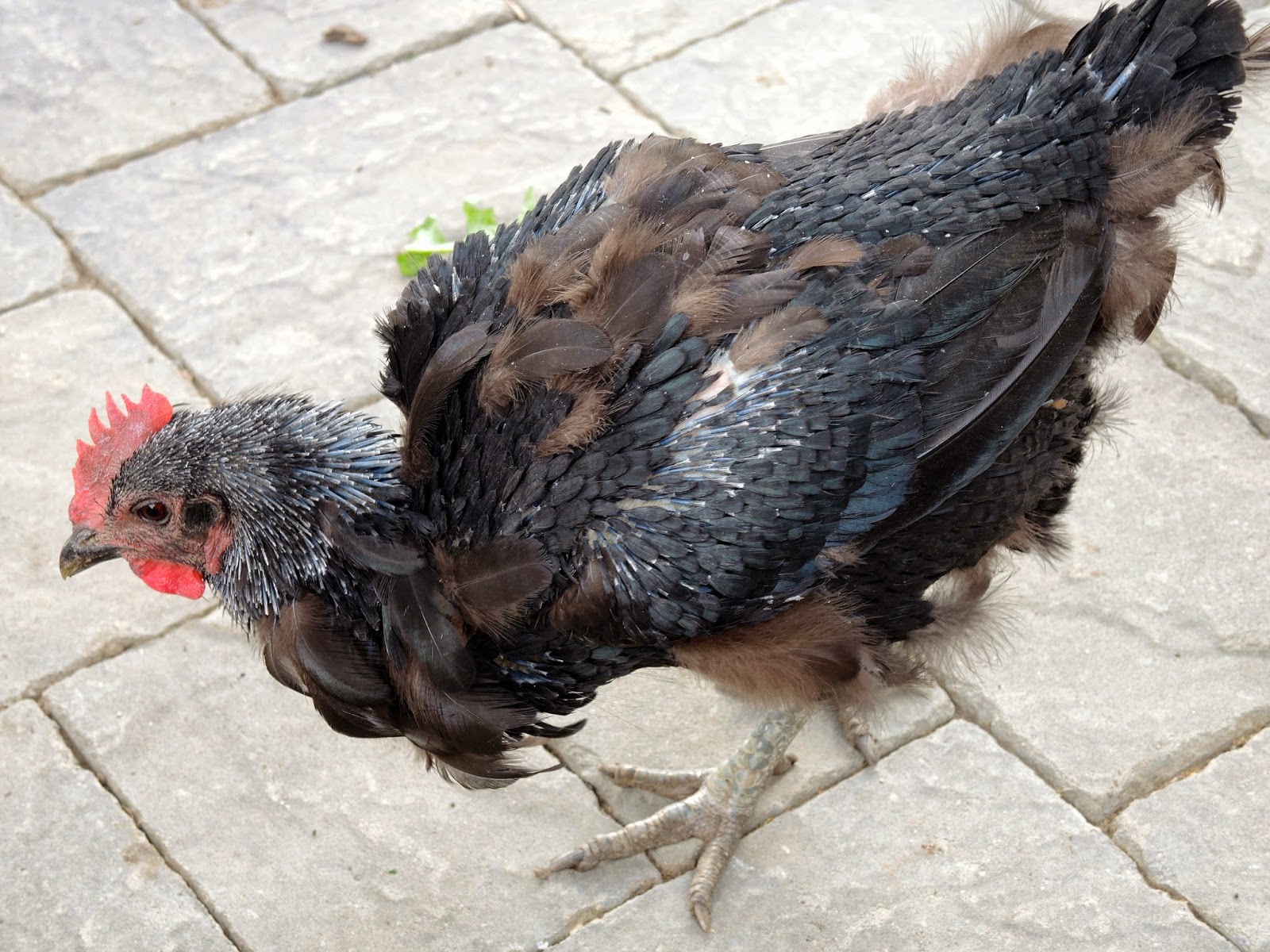 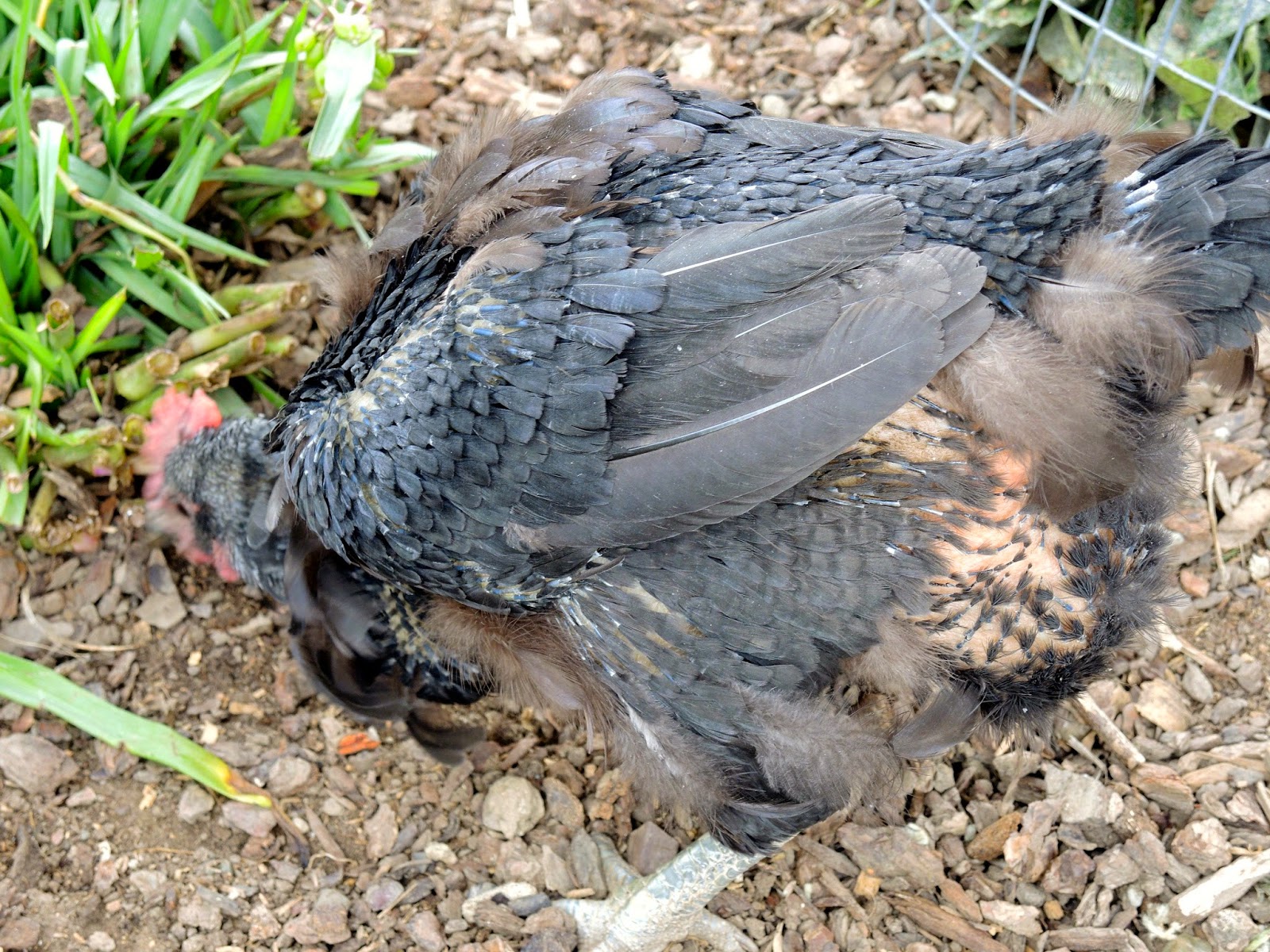 Coco was going to bed a good half hour before the other hens.  Which further told me she was cold and didn't feel well.  And in the mornings, she got up nearly an hour after the other hens.  I think she would have stayed in the coop even longer.  But she knew when she heard my voice, that meant I had come out with warm mash so she'd usually pop right out.

But this morning, I heard her out in the run talking long before I got outside.  All good signs that she's come out the backside of this year's ugly molt.

I figure she needs another two weeks before she's all covered and gorgeous once again.  But I'll take what she's got today because it's supposed to be cold and raining for the next two days.
Posted by Flock Mistress at 10/30/2014