Last year was the first year I didn't add baby chicks to my flock.  I'm actually kind of proud of that fact.  I really had a bad run my first few years with chickens.  I had several that just didn't live very long.  One of my chicks turned out to be a rooster and had to be re-homed.  And I had to re-home a few hens that were just too wild for my small yard.  So it was necessary for me to add to the flock every year.  But the Peeps will be two years old this April and Coco will be 5 1/2 years old and all are healthy and going strong.

Still, I'd love to have 6-8 hens.  My coop and run are plenty big to support a flock that size.  And it gives me extra eggs to share with friends and family.  Which is so much fun.  I'm really hopeful that one of my girls goes broody this spring.  I have a hunch it will be Peaches.  She's the most maternal of the bunch.

So part of last week's big clean up was to get the coops and run ready to support baby chicks.  Sliding the little coop into the corner will make it easier for me to put up a temporary pen around the coop to contain a mama and babies.

I ordered one of these pet exercise pens in the 48" height.  I'm hoping that makes the sides tall enough to contain teenage chicks who want to test their wings. 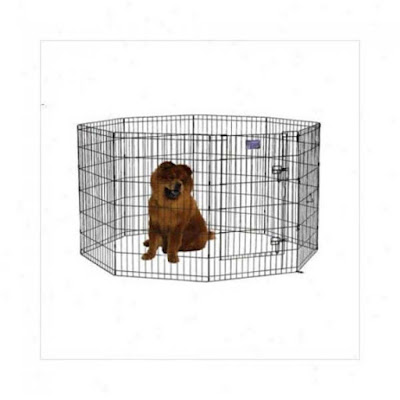 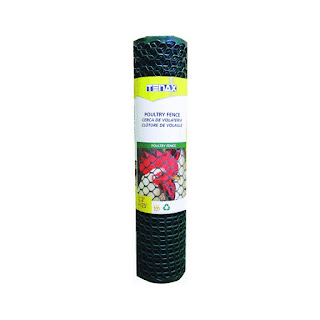 I also ordered a roll of plastic poultry netting which will have to run along the bottom foot of the exercise pen as baby chicks would be able to slip out of the 1.5" opening for the first few weeks of their life.

I want to make sure they are contained in their safe zone with mama where she'll protect them and keep them warm.

As they age, I'll want to keep them separate while they transition from chick starter feed to grower/finisher.  Chicks shouldn't transition over to layer ration until they are close to the point of lay.  And for Buff Orpingtons, that can be close to six month of age.

I know some people will switch all the hens over to grower/finisher and put out oyster shells for the adults.  And I did this once.  But I had trouble with soft shelled eggs.  And I lost a hen who got an egg stuck inside of her that she couldn't pass.  I feel awful that happened, because I feel it was my fault.  So it's important to me to keep my youngsters separate from the adults for the first 6 months.  I'll of course let them free range together in the garden when they are old enough.

The one good side effect of this is that when it's time to put them all on layer ration and remove the fencing, they should all be quite used to one another and hopefully, the pecking order will have already sorted itself out.  I'll remove the fencing and let the babies continue to occupy the little coop and even lay in its nests.  If they decide to move into the big coop with their mama and sisters, well, that's their call.