I think I can officially call myself a chicken whisperer.

This morning Coco was bagawking.  She'll only do that when there's a problem.  So I go outside and she's standing at the top of the ramp, looking into the coop and is clearly very upset about something. But what? 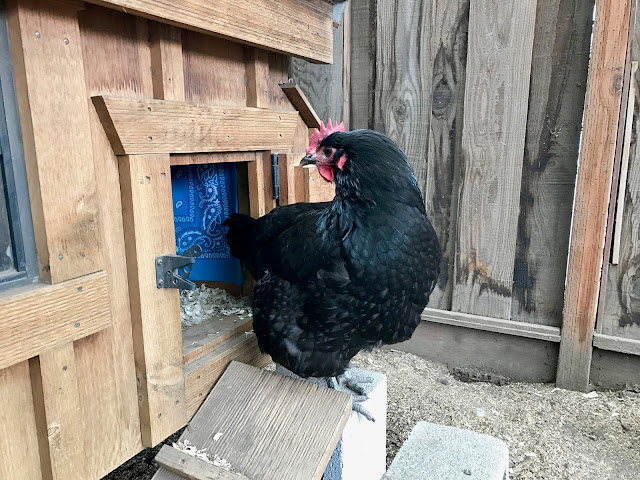 So I peek inside the coop and found each nest occupied by a hen quietly, laying an egg. 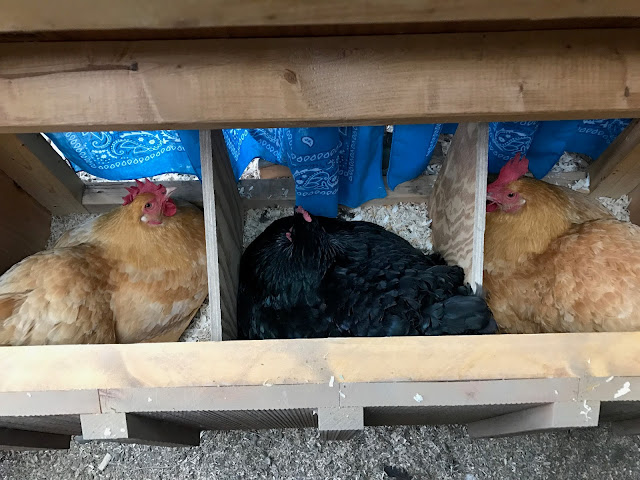 So I go back inside the house.

But Coco will not stop bagawking.  And each time I go outside, there she is at the top of the ramp, looking inside the coop.  You're probably thinking, she had to lay an egg and was yelling at them to hurry up.  But Coco hasn't laid an egg in months.  She's 6 1/2 years old and probably done laying.  So I knew that wasn't the problem. 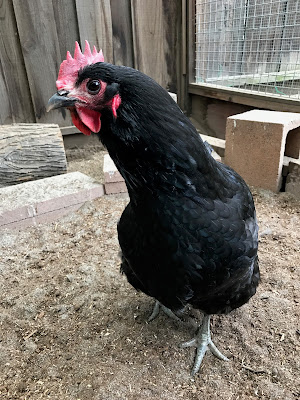 Coco loves to talk to me so I went out and knelt down to get at her level.  I asked her what the problem was and she gave me an ear full.  So I got that there was a problem.  But what?!? 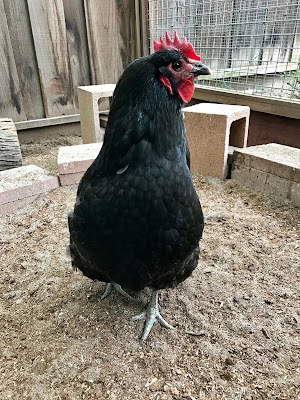 I went back in the house but she was still screaming about it so back outside again and this time I brought treats.  Which she readily ate.  But continued to scream.

This went on for over an hour and when I went out for the hundredth time, both of the Buff Orpingtons had finished laying and were back out in the run.  But Penny was still in her nest.  And when I went to feel under her for an egg, she screamed and pecked me.  Ah, Penny has gone broody.

And Coco does NOT like broodies.  Not sure what her issue is there.  Does she not want anyone to hog up a nest?  Or does she really understand that a broody could bring in babies and she doesn't want any more minions to have to boss around?  But Coco does not like a broody hen.

So poor Penny is now in the broody breaker in the garage.  And Coco has finally calmed down and is quite.  It took me a bit to sort out what she wanted, but finally after 6 1/2 years of listen to Coco speak, I feel I can finally understand what she's trying to tell me.